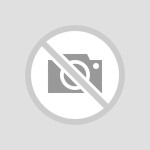 Binali Yildirim: Projects to Turn Istanbul into a Smart City

"Istanbul is not a city, it is closer to the state, and it is not only a tourist city but a political, economic and cultural force with influence in these areas, perhaps more than several countries in the world, the history of the city is as old as the history of mankind”
With these words, the Turkish Prime Minister and the former speaker of the Turkish parliament, the candidate for the post of mayor of Istanbul, opened a meeting with Turkish newspaper Yeni Safak.
Development Stages of Istanbul
Yildirim elaborates on Istanbul, explaining that it is possible to understand the stages of service that it has undergone through dividing it into four stages:
Istanbul 1: This stage began under President Erdogan when he was its mayor, a stage focused on the most basic needs of the city's population.
There were basic problems such as mud, drilling, garbage, and pollution, in addition to many other problems, and all were solved.

Istanbul
Istanbul 2: The concept of the social municipality has developed, and the Metro networks within the city and the establishment of the Metrobus line as well.

Transportation in Istanbul
Istanbul 3: This stage began with the implementation of larger projects such as the Marmara metro line, the Eurasia Tunnel, the Sultan Selim Bridge, the high-speed train and the new airport, which formed the features of the third stage of Istanbul.

New Istanbul Airport
Istanbul 4: Istanbul will have in this next stage a smart management style.
Our goal is to transform Istanbul into a 24-hour city thanks to innovative ICTs.
But the city still suffers from a major problem in transport and communications, and this problem must be solved radically.
Istanbul city and turning to smart transportation
Yıldırım continues: We will increase Istanbul's share of metro and rail lines in general over the next five years to 48%.


Binali Yıldırım
Today it is 18%, and the increase to 30% means a 30% reduction in road traffic congestion, which will be a significant improvement.
As we increase the capacity of car garages, the number of parked cars in the streets will decrease, allowing traffic in the city.
In addition, there are about 240 extra congestion points in each area of the city. These points will undergo concrete modifications, which will ease the city and ensure a smooth flow of traffic.
Green passages along the water tables
"There are twenty water tables in the area between silvery and Tuzla. We have a project to revive these tables to be green passages. When we do this, the tables will show, there will be ways to walk, there will be bicycle paths and people will breathe a sigh of relief “Yildirim adding.
About Istanbul...
We have to make Istanbul one of the top 10 cities in the world. Statistics show that the city is currently at 25-30, which for Turkey as a country is a declining rank.
But there are some areas where Istanbul excels. It ranks fifth in the world in health and ranks fifth among the countries most people want to know about.
Istanbul offers half the taxes collected by Turkey, exports half of its exports and 250 of the country's top 500 enterprises. It also provides direct employment to some seven million people working in 6,000 companies and there are many other advantages to it. The city, for example, a third of tourists who come to Turkey visit Istanbul.
We want to improve the exhibition and conference centers, tourism, education, and sea activities in the city to make it a center of attraction.
If Istanbul were an independent state, it would rank 13th among Europe's largest and 41st nations.