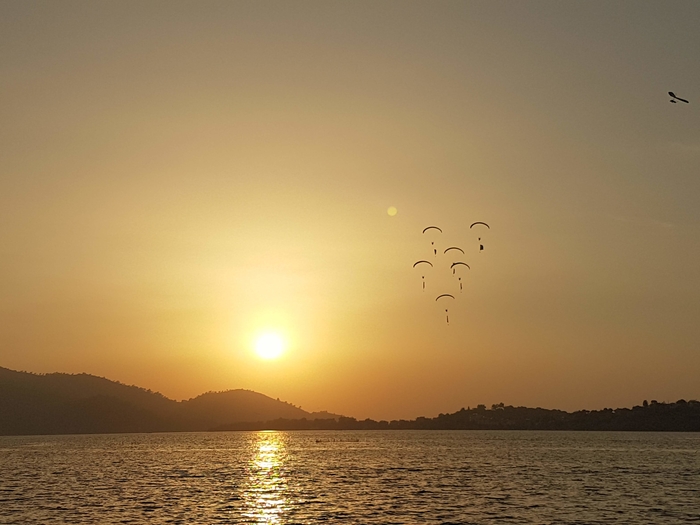 Turkey is expecting to host a record number of tourists this year and reservations made so far confirm this observation. On the other hand, prospects for domestic tourism seem to be very promising as well, this year.

The good news came when the government decided to extend Ramadan holiday to nine days in early June. Normally the holiday would start on June 4th and ends on June 6th. The Ramadan holiday was originally scheduled for June 3rd (half day) and June 6th , but the government announced last week that public officials would be on administrative leave from June 3rd to June 7th extending the holiday to nine days, including the weekends before and after the religious festivity. Following the decision taken by the administration it will now start on June 1st (Saturday) and end on June 9th (Sunday).

This means there will be a massive movement from big cities to holiday resorts and most likely all hotels will be fully booked not to forget other touristic places such as restaurants, beaches etc. rendering services will be very busy as well.

Most accommodation facilities are reported to have strong demand from foreign tourists, but the government’s decision is expected to give a boost to domestic tourism as well. The occupancy rates are expected to exceed 90 percent at the hotels located on the country’s coastal regions during the extended holiday.

Indeed, experts forecast this opportunity for the industry will create a business volume of approximately TL 3 billion which will substantially contribute to the financial situation of businesses in the sector in a most positive manner. In terms of additional business, these steps taken by the government are expected to generate an additional increase of 20 percent in business volume in the tourism sector.

Professionals believe many private sector employees are expected to set off on a long holiday. An approximate number of 2 million people are forecast to travel to holiday resorts during the holiday. This mobility will mean a true challenge to cope with for hotels and transportation companies.

During this period destinations such as Kuşadası, Bodrum, Didim, Marmaris, Fethiye, Antalya and Alanya are expected to be the main spots for holidaymakers.