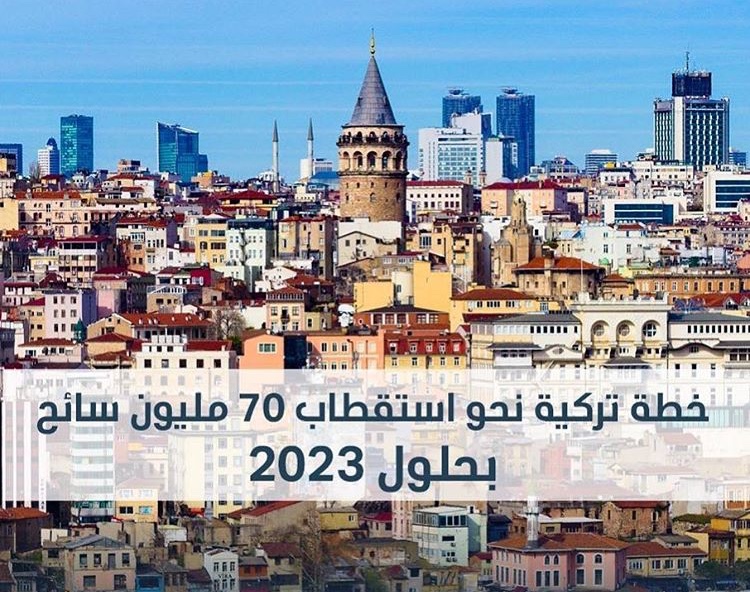 In light of Turkey's economic development, the Turkish government is striving to work and develop development plans aimed at moving towards a stronger economy among the economies of the superpowers.
The Turkish tourism sector is one of the most important pillars that support the economy and help its prosperity. The Turkish government has developed a plan to attract 70 million tourists by 2023.
Foreign Minister Mouloud Oglu said earlier that his country had drawn up a plan to generate revenues of 70 billion dollars from the tourism sector by the 100th anniversary of the founding of the Republic of Turkey in 2023.
Oglu said he was confident that Turkey had the capacity to generate $ 50 billion in revenues from the medical tourism sector alone by 2023
Turkey is one of the most important tourist destinations in the world. It has the most beautiful tourist places for nature lovers and traces the historical monuments around the world.
The Turkish city of Istanbul is a list of tourist cities in Turkey, which are distinguished by the beauty of its unique nature. It houses historical mosques, archaeological museums and Ottoman palaces, as well as beaches, parks and international hotels. And away from being the economic capital of Turkey and the investment destination for the search for apartments for sale in Istanbul. They come from tourists and investors from all over the world. It is a gateway to support the Turkish economy with the participation of many Turkish tourist cities such as Bursa, Antalya, Trabzon and Fethiye.
In this context, it is worth mentioning that the Turkish government is working to revitalize the tourism sector in the country by establishing more recreational places and taking care of nature reserves and expanding its land in the country. It also provides all facilities for tourists coming to Turkey.